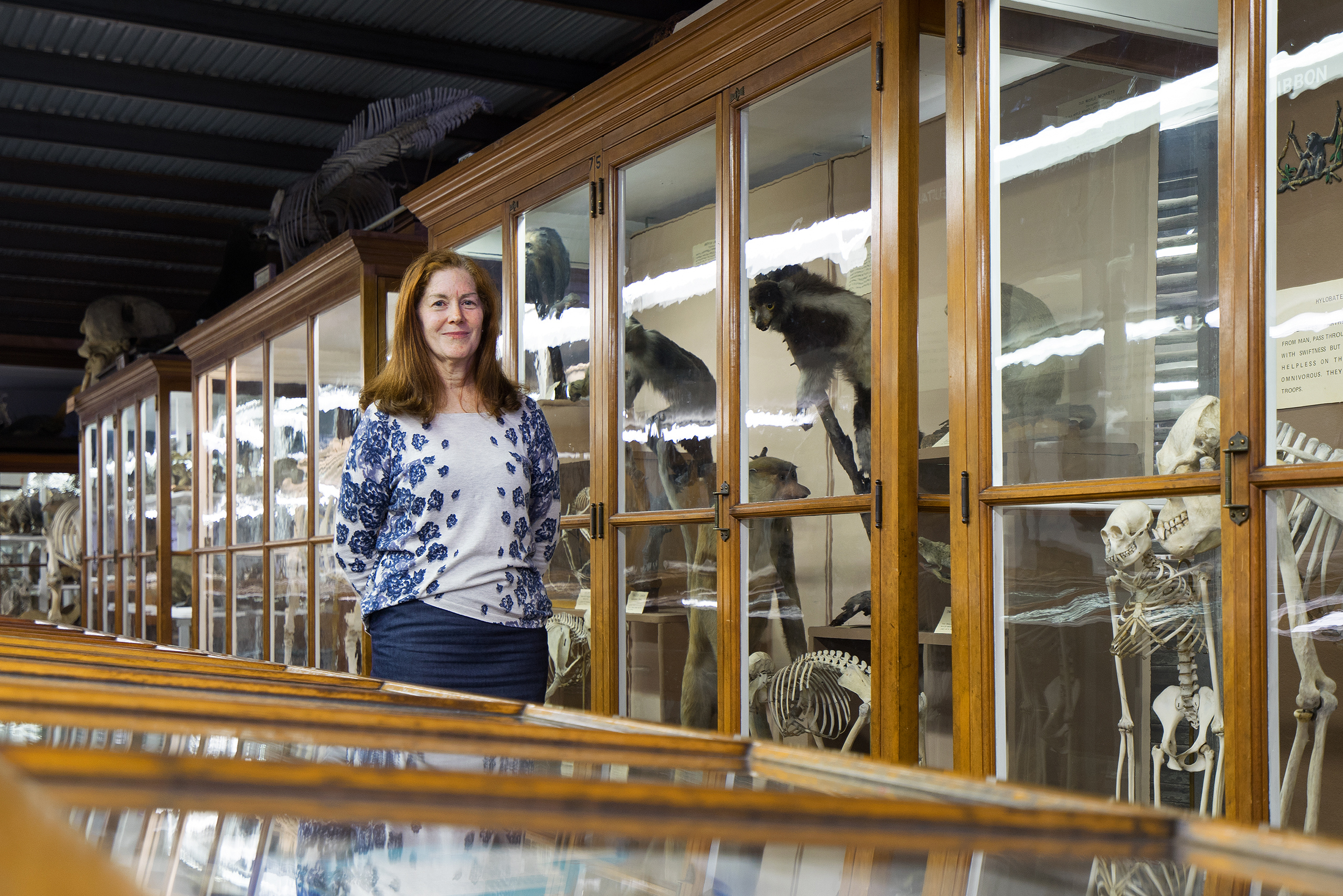 Matthias Ries:
You already said, that it’s important to have the original specimen at hand. There’s a difference between looking at an insect in real and looking at it on a screen. What exactly is the difference and is that the reason why we still keep the original objects after digitizing them

Susan Glassman:
Again, I speak from the science, not other kinds of artifacts. There are a few different scenarios, but from a teaching perspective I can tell you, that when you learn anatomy or any other thing, when you see it in a book you get the “ideal”, when you go out into the field, there are infinite variations on that. And the identification, like recognizing “is this this or is it this”, when you got something that’s sort of got characteristics of both – that’s what you learn when you look at hundreds or tens or thousands of different specimens – if you are really serious about it. What you see – you know, individuals are very varied, like individual animals or specimen or otherwise – so in the end, if you gonna become a serious learner of these things, you really have to see real ones and not just the schematics of them. Now as things get more sophisticated with extremely 3D representations and all kinds of things I don’t want to speak for how that might be. But in the end you still learn ultimately from seeing the actual things and you learn in addition through the textual and the other learning materials that are provided with it. If scientists are looking at our collection – which is not large, but of type specimens of the first one that’s identified in a species, to decide if it’s been seen or if it’s something new – they go back to the originals and they’ll come in at a certain point, because maybe somebody missed a feature in the description that was done 200 years ago; or we see it differently, because there’s been many others discovered that were similar but different. They are constantly reassigning things. A really simple case – that some people might know about, because dinosaurs are so popular – is the whole Brontosaurus–Apatosaurus thing: Two different animals. Then they decided: No, renamed it and now it’s going back. But they keep going back to those specimens, because they are fragmentary and they have to look really closely to the side. And of course there is a vast literature that goes along with that. But I do think that there are often – not always, not for every single specimen – levels of information that are not completely transcribed in a digital reproduction.

Matthias Ries:
Binding more and more resources for the maintenance and growth of our archives also means, that there’ll be less and less resources available for other aspects of a society. Even real estate properties are affected – for example due to costs the New York Public Library had to build its latest extension building in New Jersey, which is also a political issue, given that it’s another state.
Does that mean total standstill on the long run? A society that is solely working on the administration and preservation of the past?

Susan Glassman:
Collecting and artifacts; its very institutional. Institutions with a lot of means are massively collecting and expanding, but I think there is a bit of culling, based on institutions that can’t keep pace with the resources that are needed to continue to invest in increasingly expensive forms of preservation and storage. You talked earlier about the kinds of climate control that can be put in these are very expensive systems, very complicated. A lot of institutions can’t afford to do it. So I think a lot of what happens depends on the capacity of the “holder” of these artifacts or these historic cultural resources – whether they are gonna be able to do the kind of preservation – or even survive as an institution. Not everything that is once in a museum stays in a museum. I can think of a number of Philadelphian institutions and museum that have completely dispersed collections in the past ten or fifteen years. It’s not because they once get into it, they are there forever – at least not in America.

The Wagner Free Institute of Science of Philadelphia is a remainder of the 19th century. It is one of the few examples of mid-nineteenth century natural science museums and educational institutions. Besides the collection itself, the building and it’s interior has now turned into worth preserving as well. A double layered monument of our cultural memory.
I was talking with Mrs. Susan Glassman, director of the institute, about the changes from a 19th century institute to a modern one.