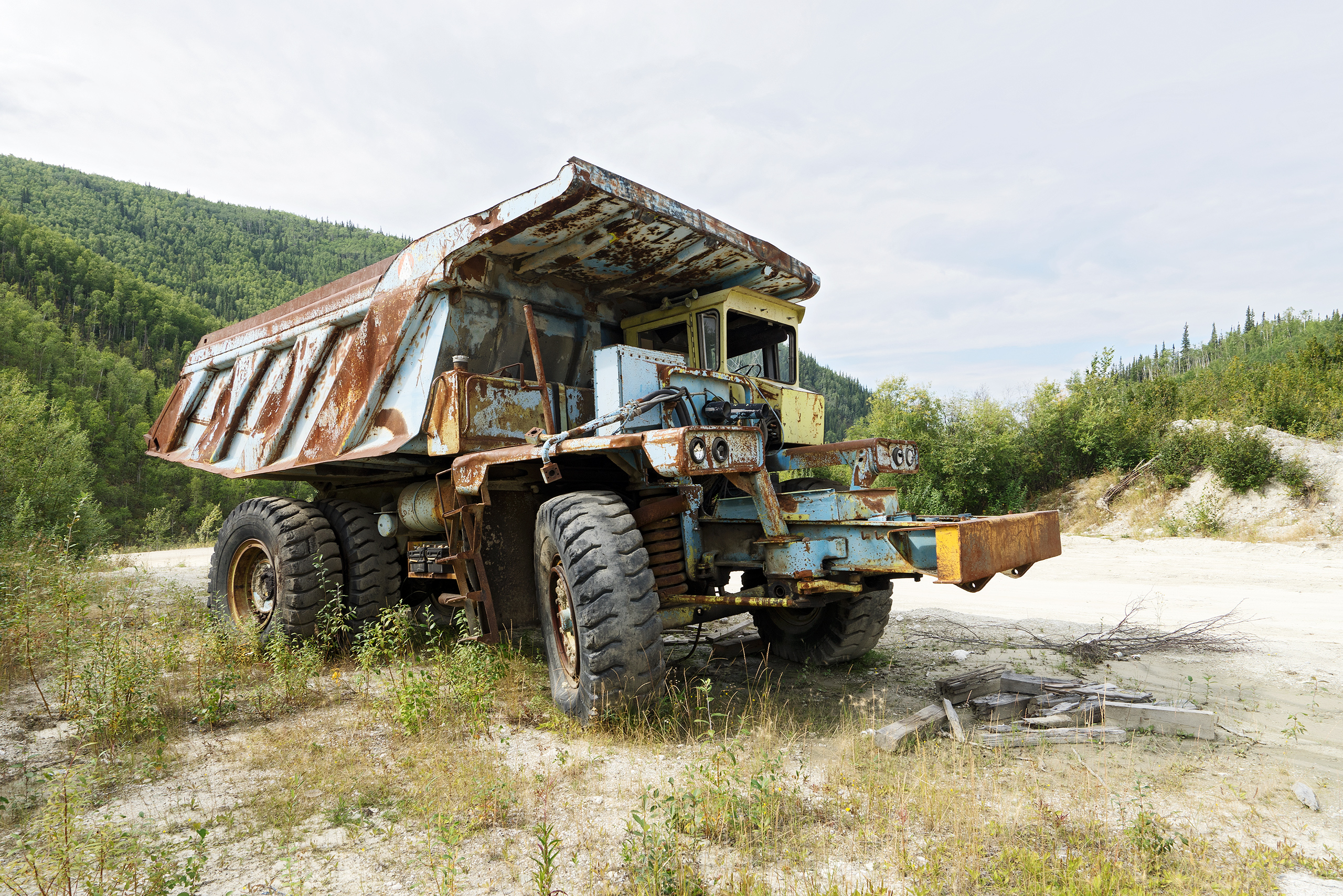 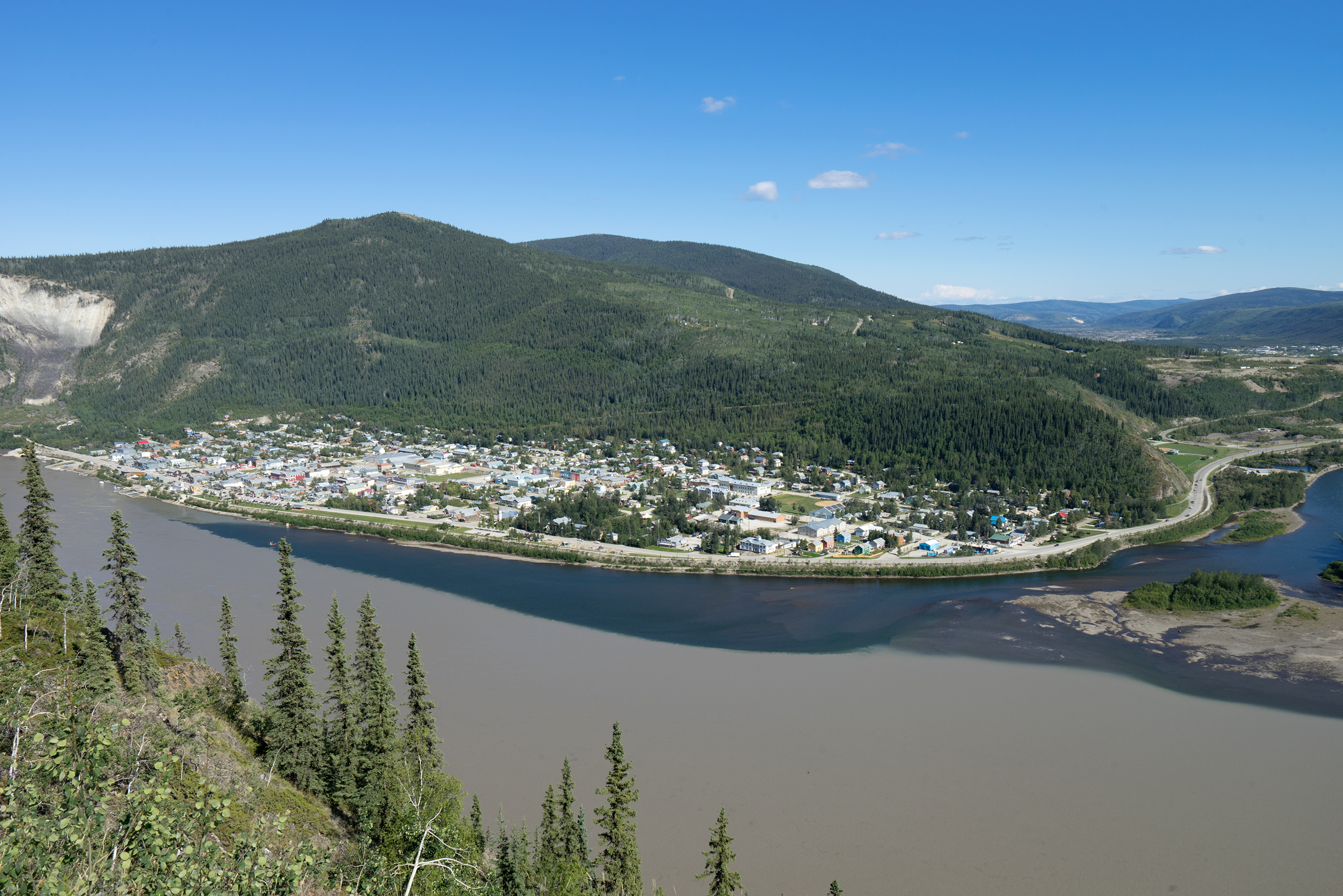 Night show in the only casino left in town. A rather romantic approach to bring back the memories of “the good old days”. However, these memories tend to blank out the privations of the poor and starving and are now just another themeparkesque enternainment | Photo: Matthias Ries 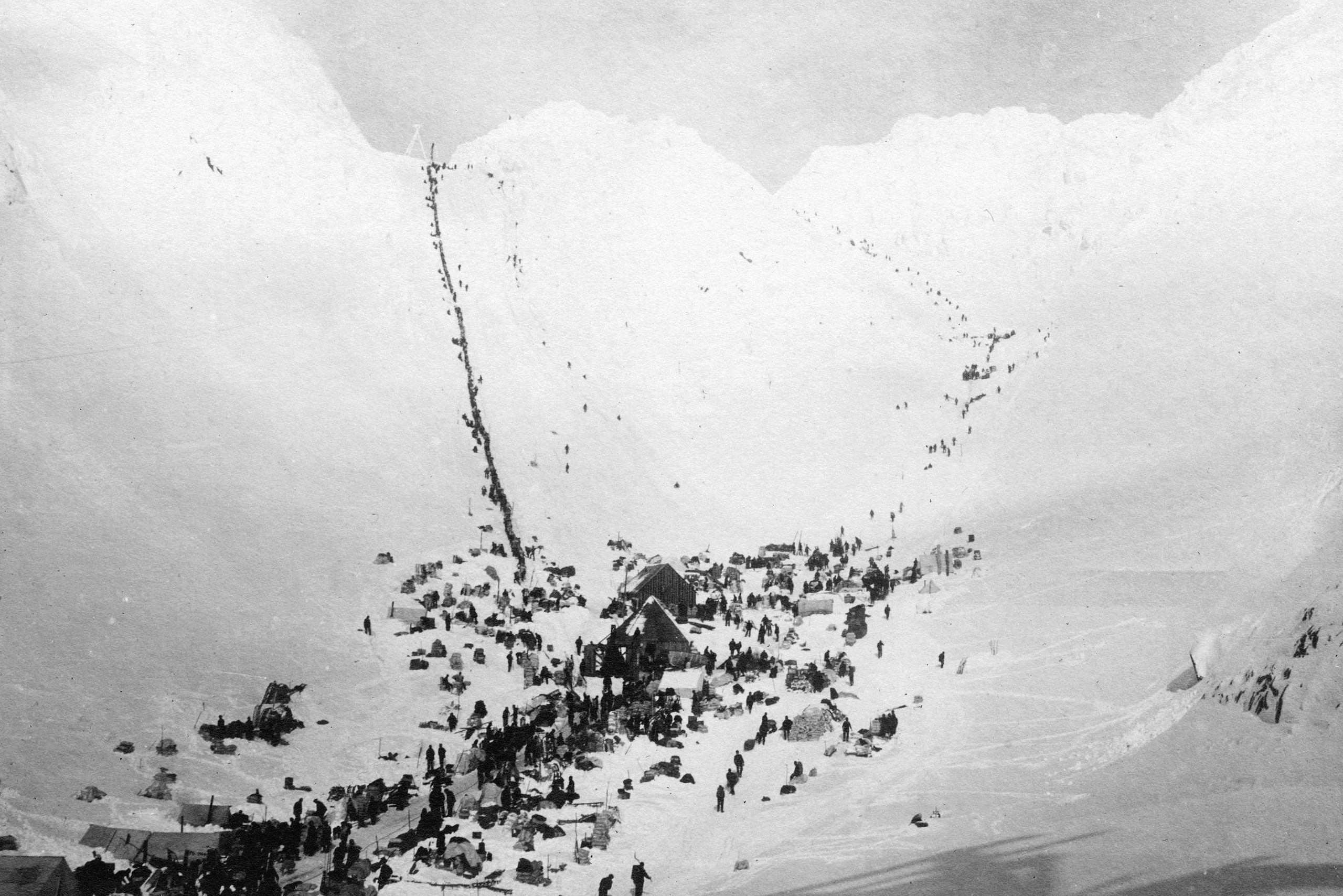 After the discovery of the Bonanza Creek close to Dawson City in 1896, the Chilikoot Trail was one of the first and by that time shortest routes to the Yukon River/Klondike River area. As horses could not climb the so called Golden Stairs (the most streneous part of the trail that you can see in this picture), every man had to carry his own belongings over the Chilikoot Pass. | Photo: Matthews, James Skitt, Major / Copyright: Public Domain / http://searcharchives.vancouver.ca/scales-and-summit-of-chilkoot-pass 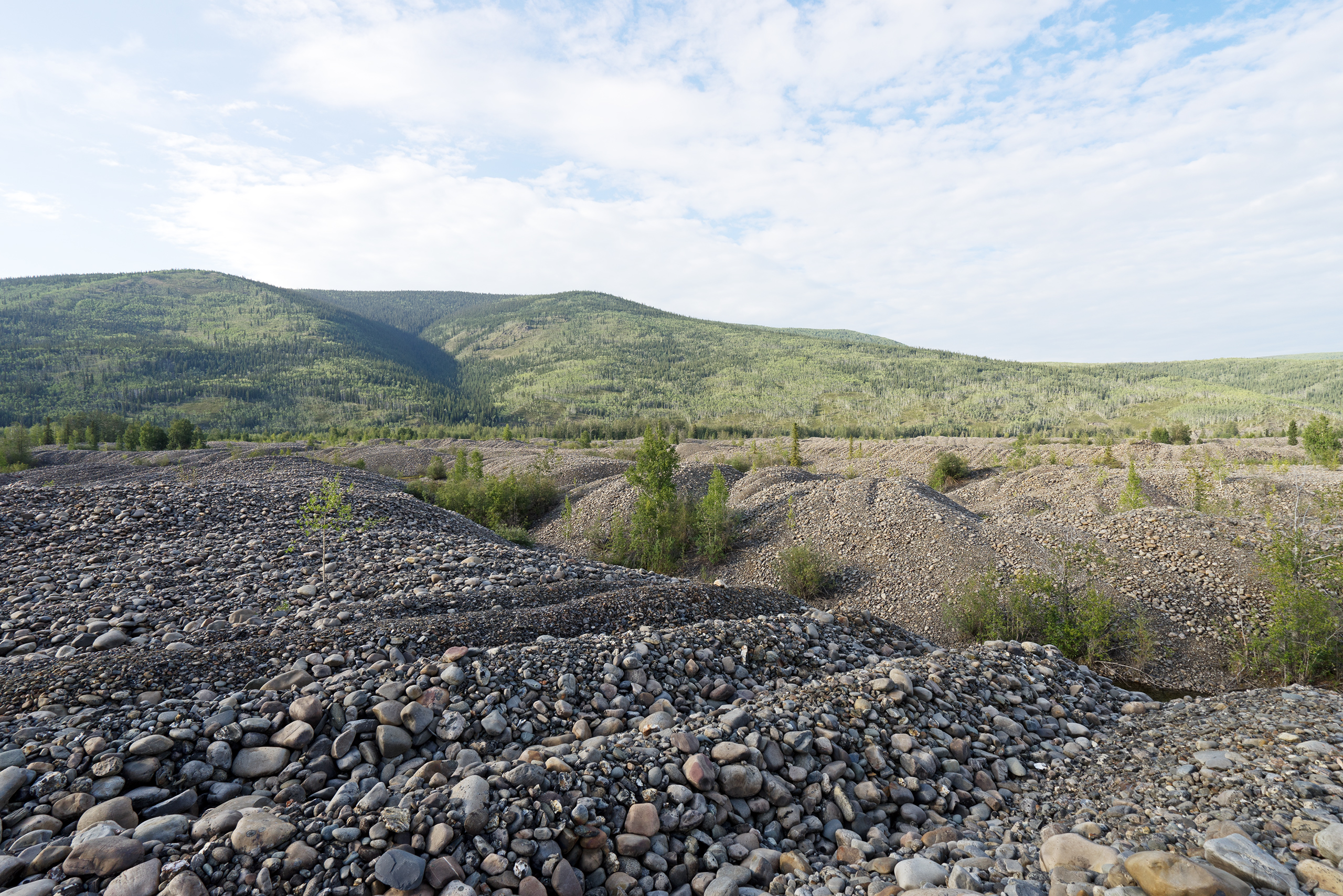 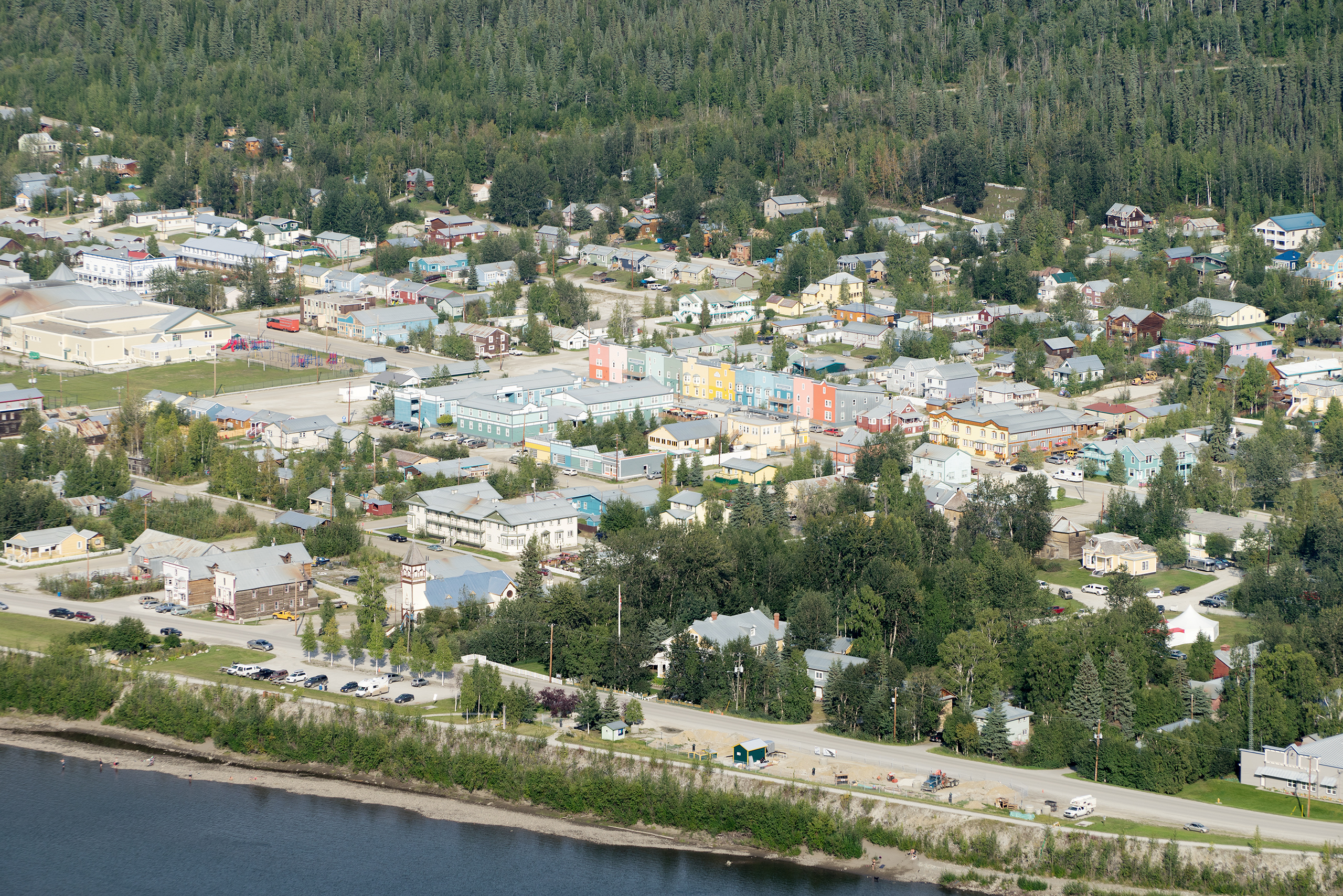