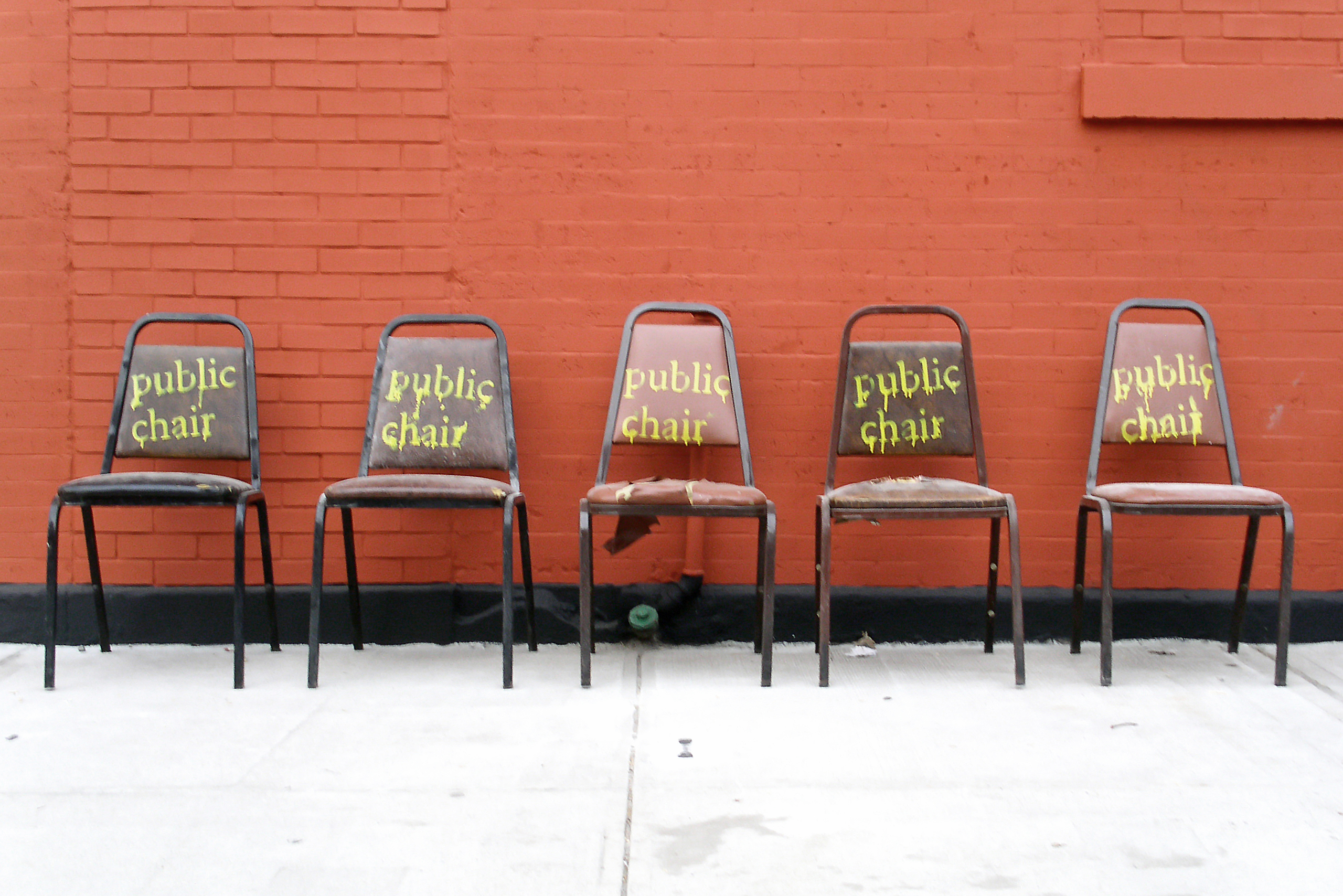 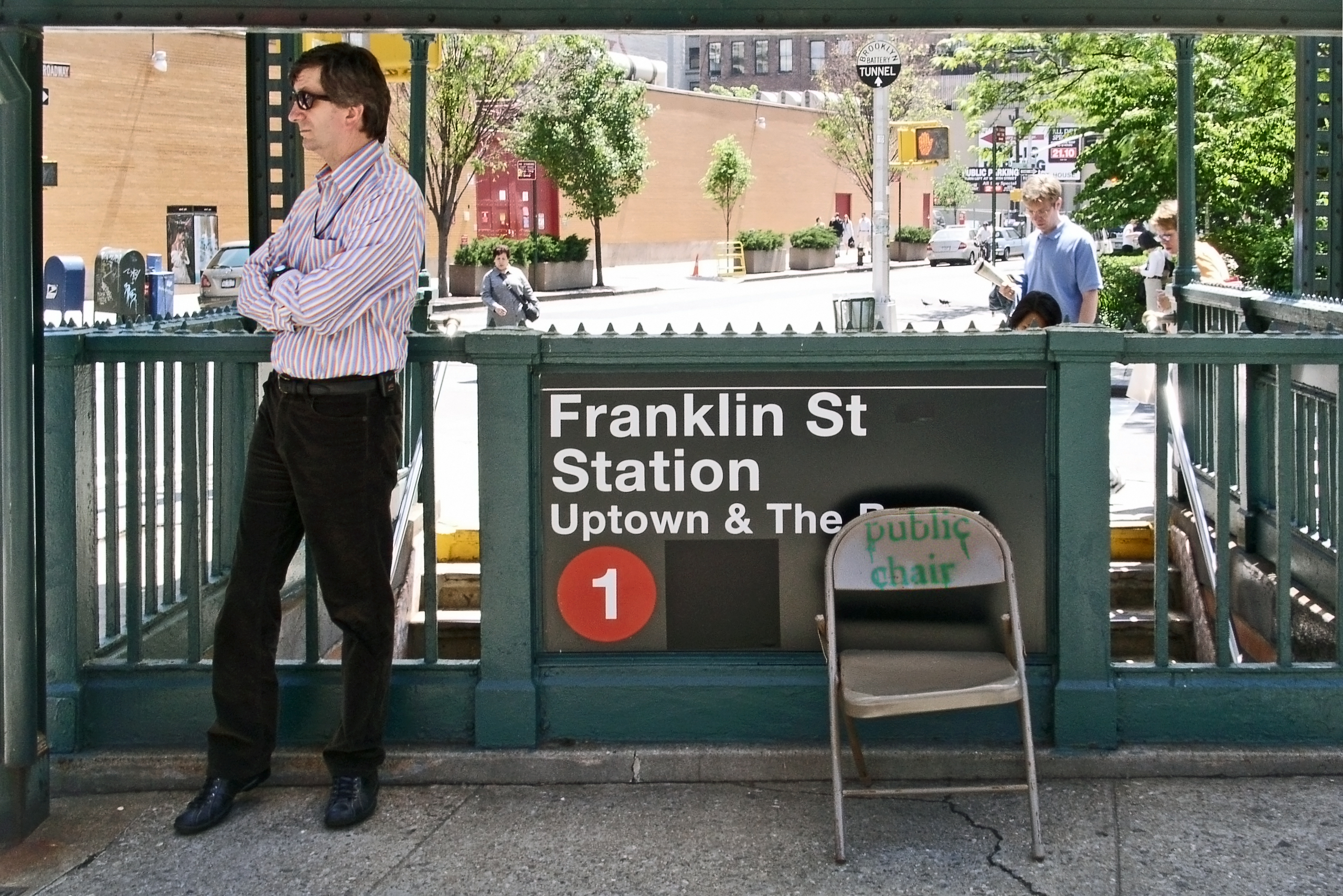 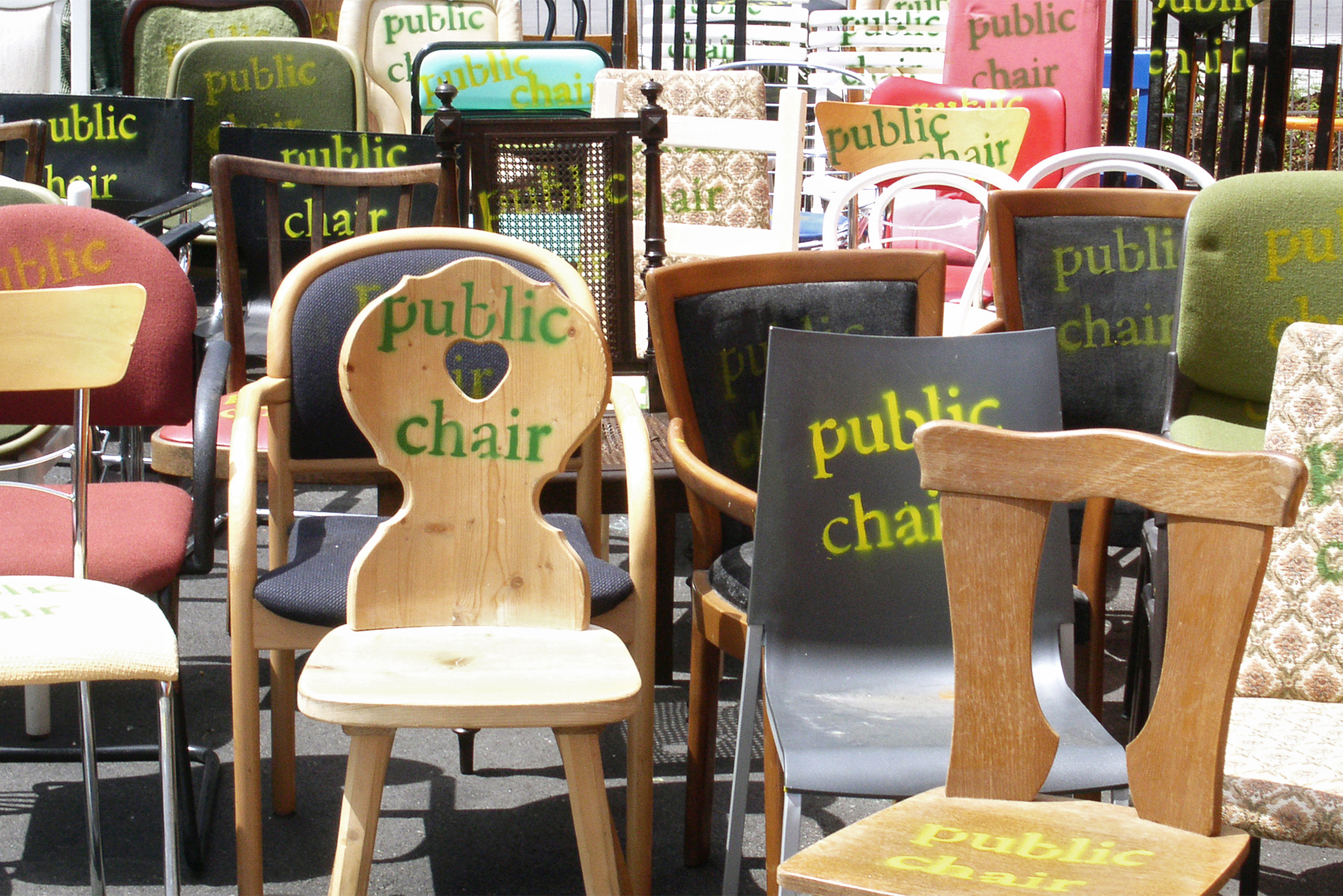 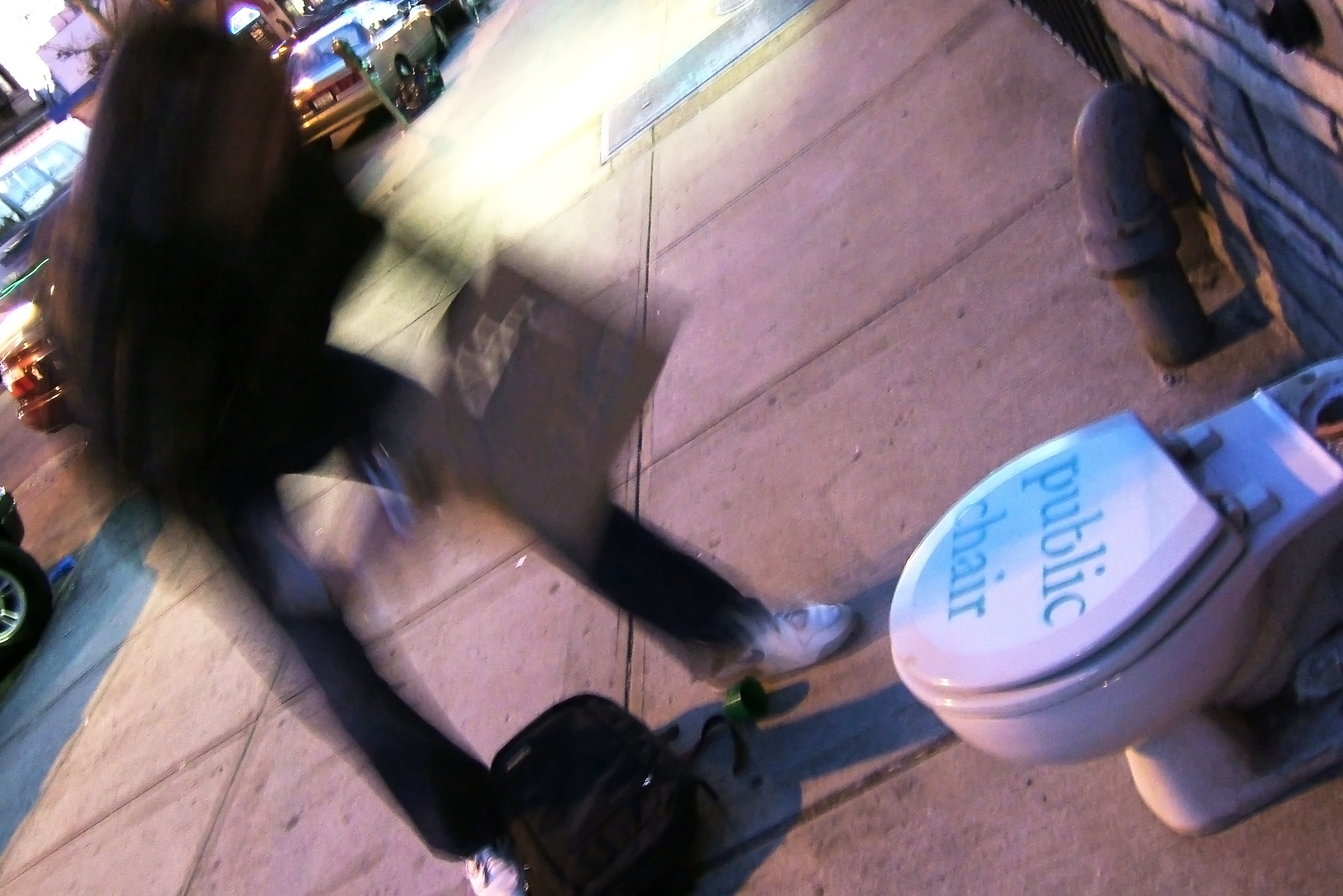 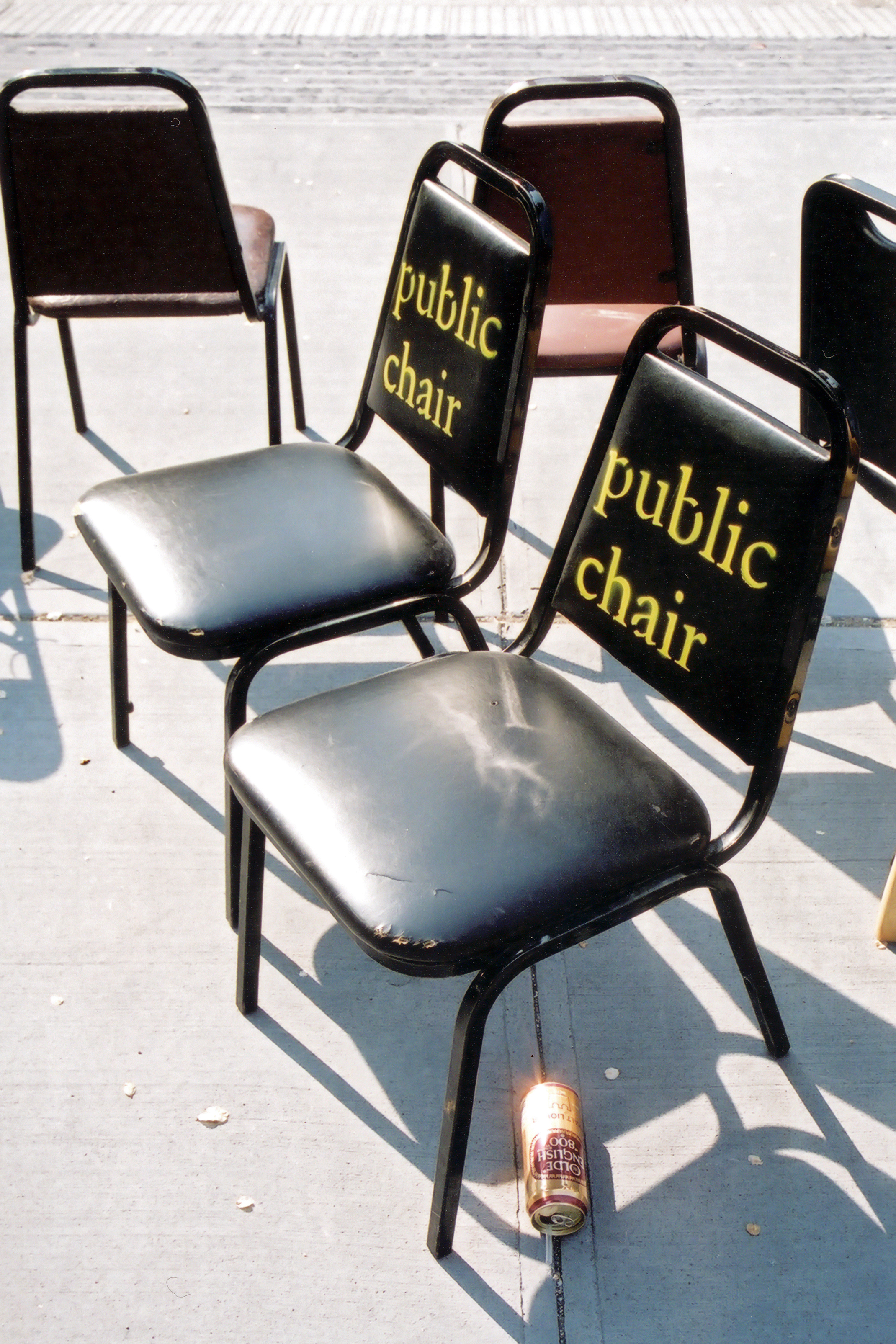 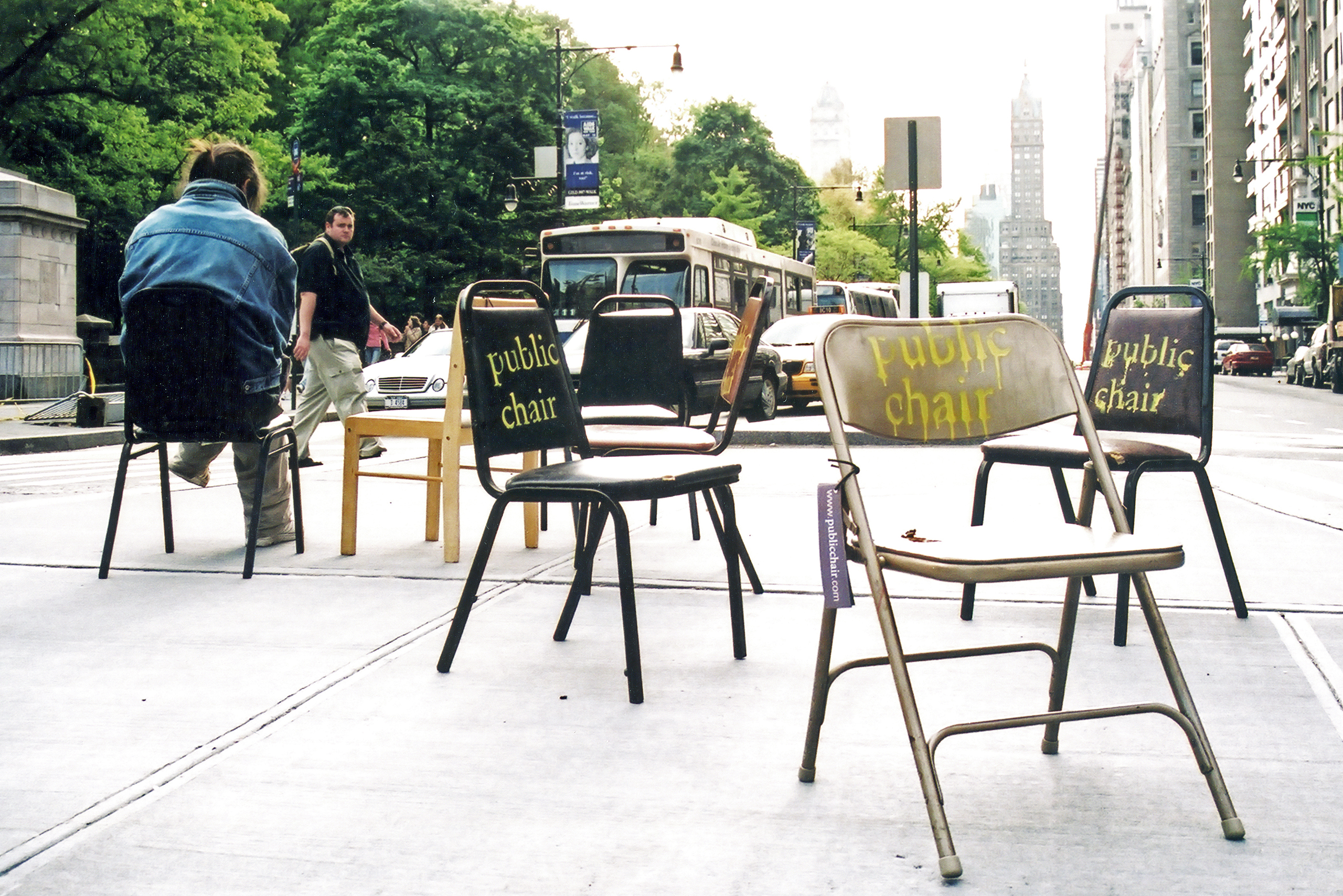 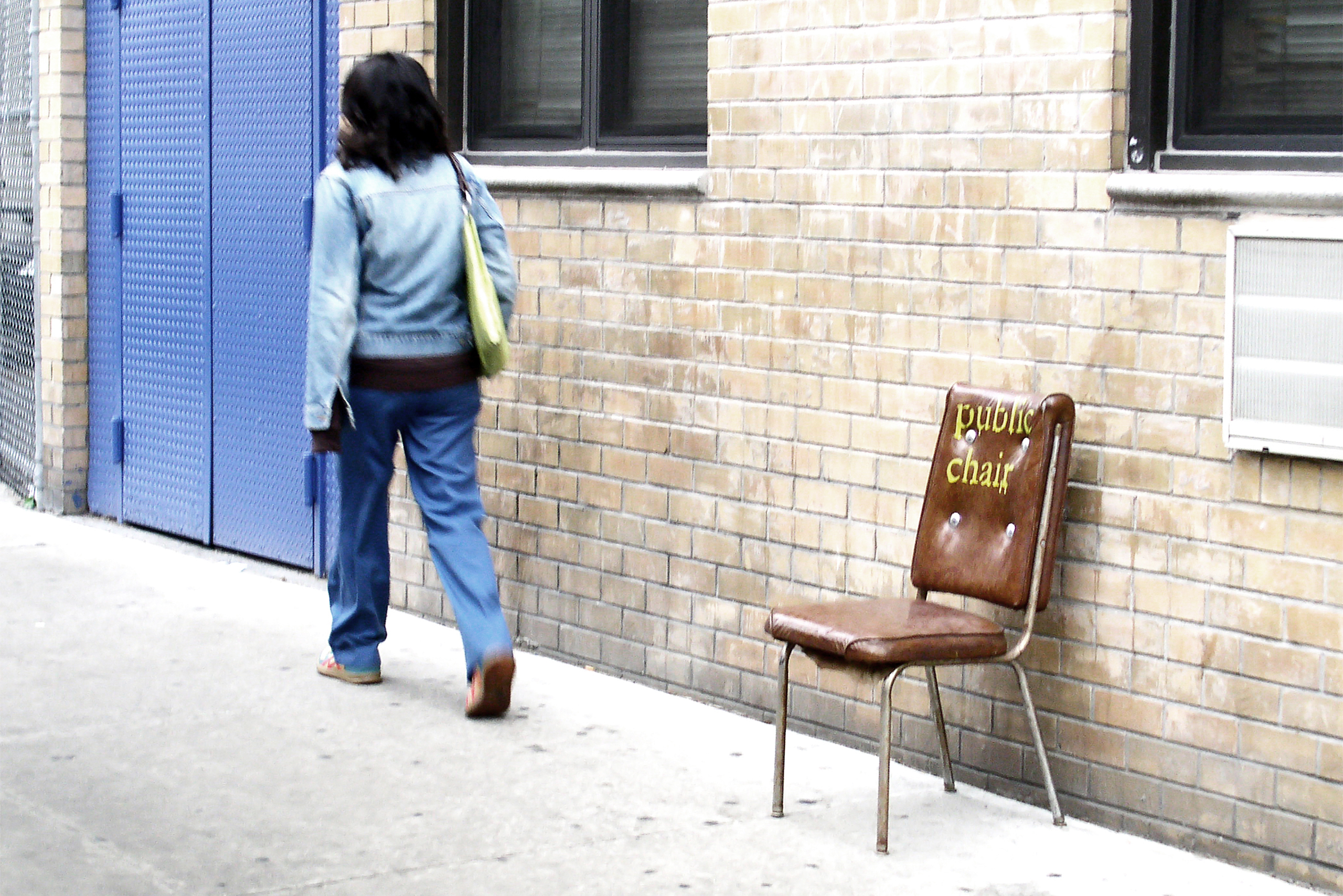 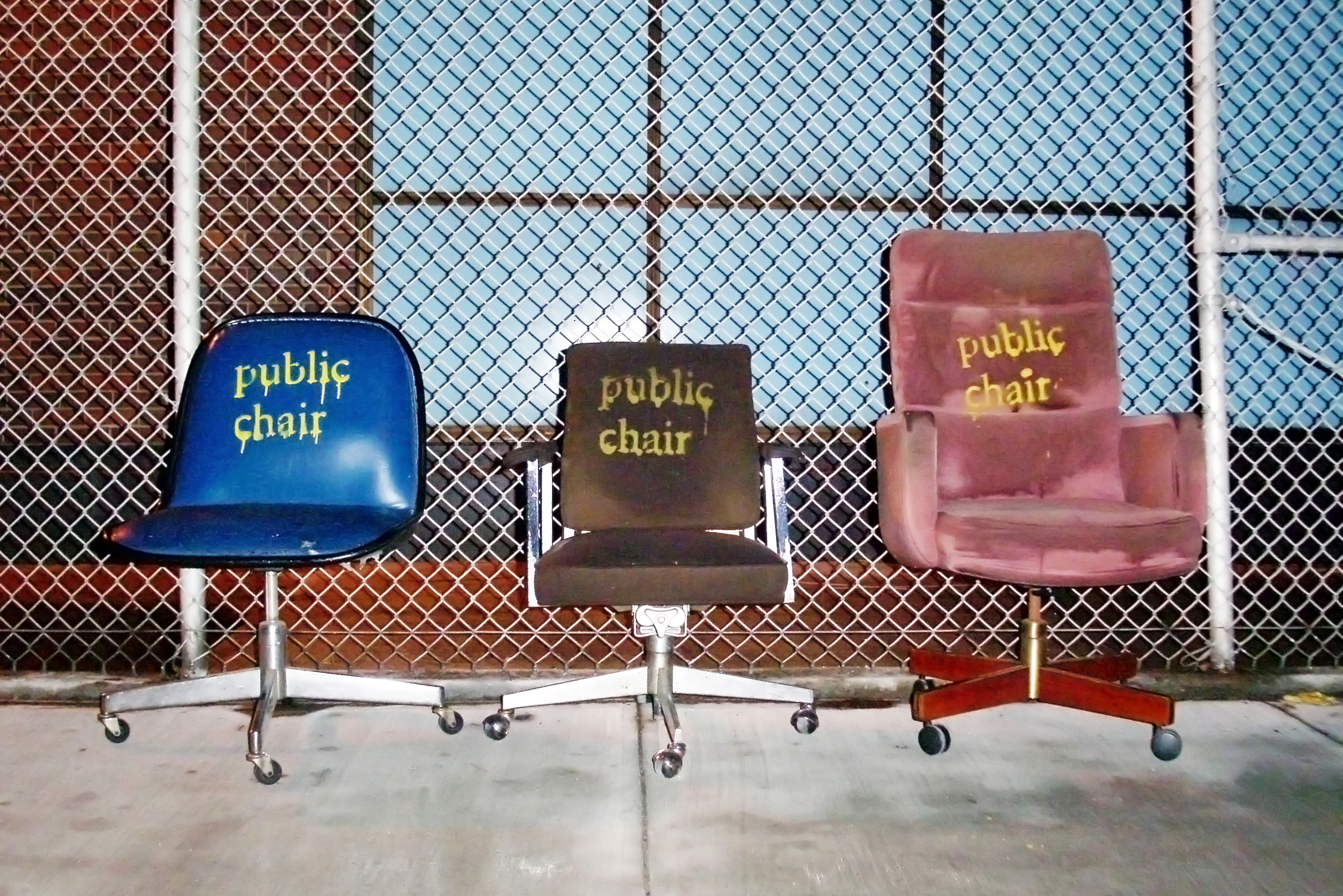 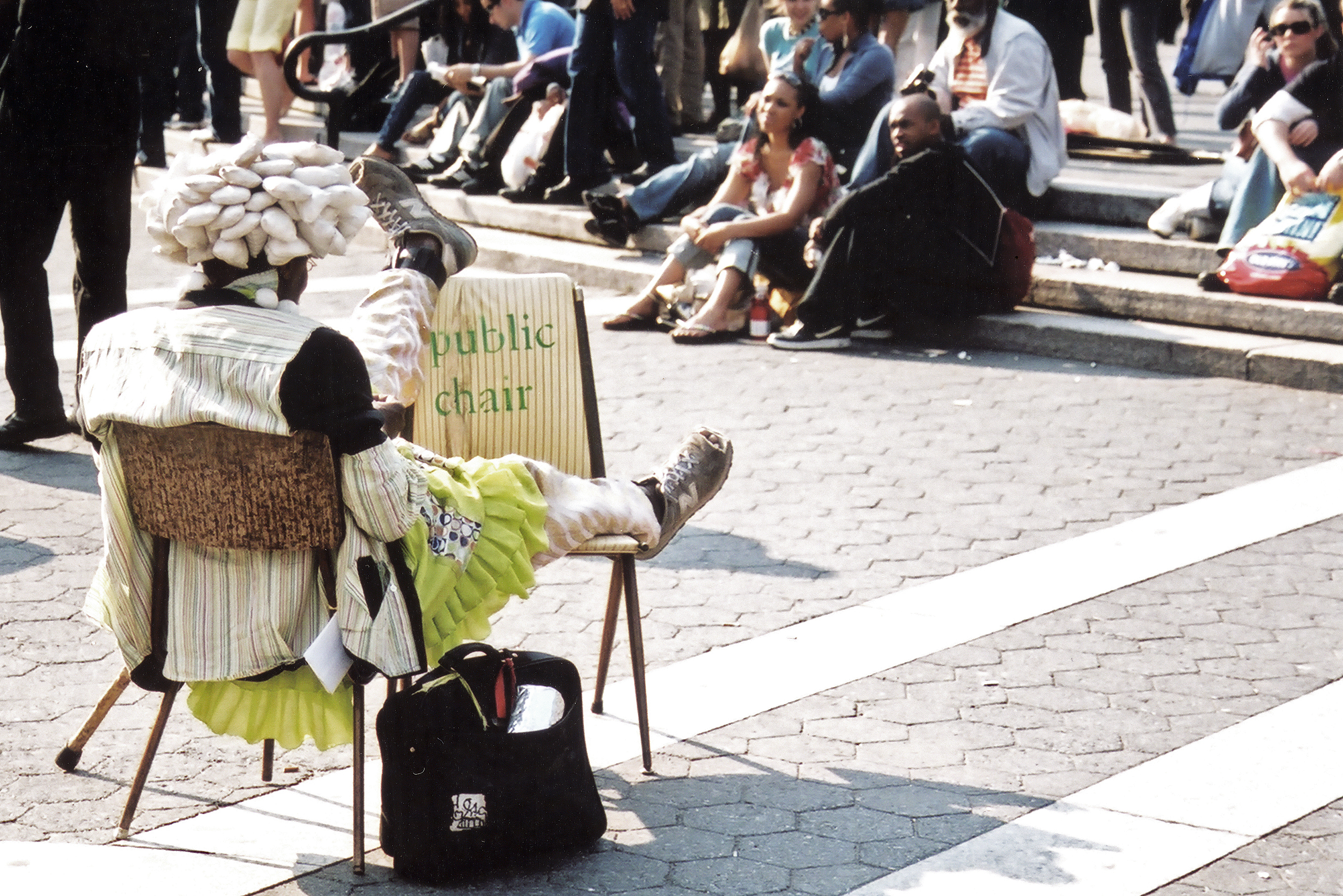 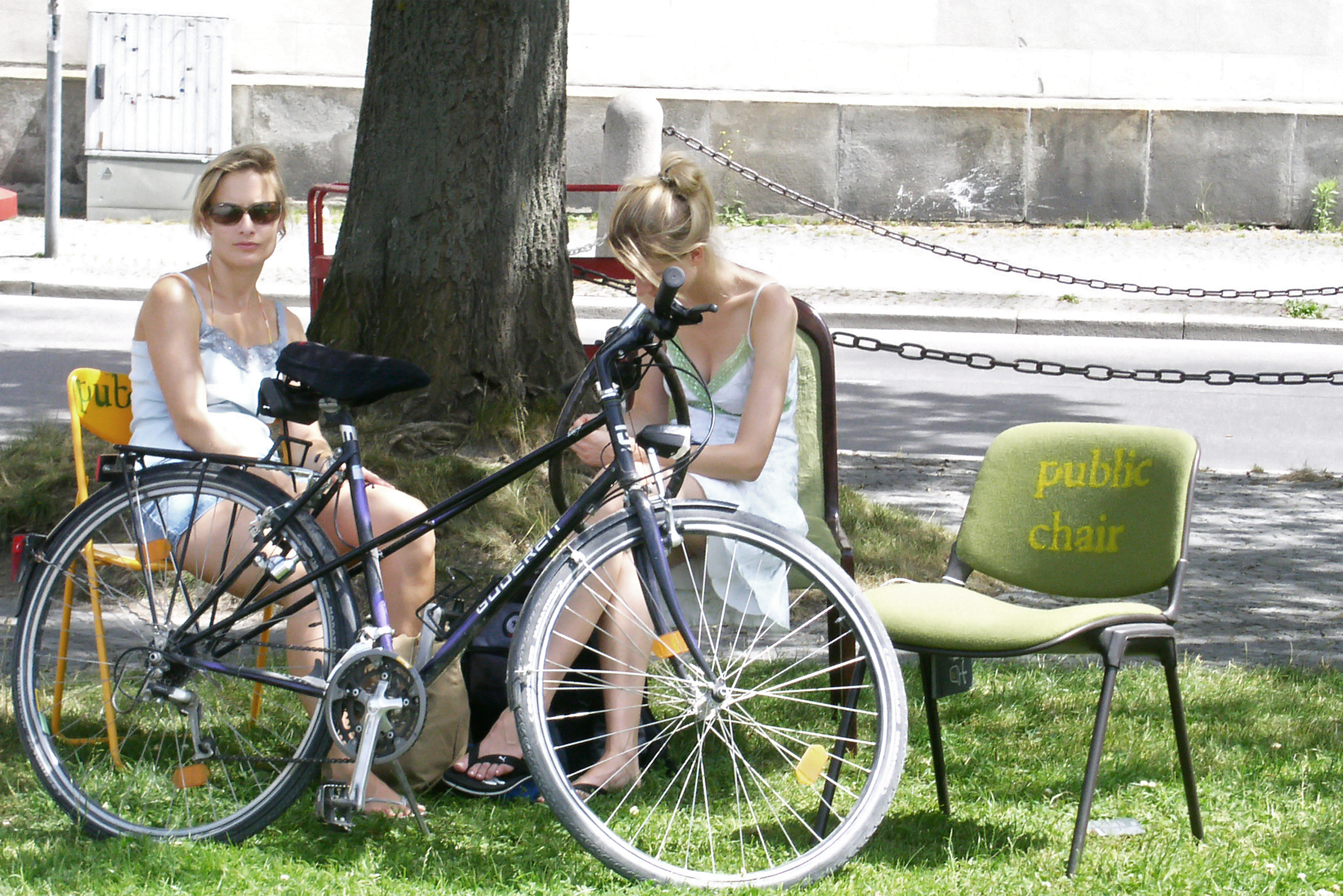 Used chairs are taken from the trash and are being transformed into public property by spraying the words Public Chair on them. That way they get a new and recycled function. The citizens of the cities are being animated to reconquer the streets and sidewalks. Public Chairs are offering a spot of calmness as well as a spot of communication. They belong to every one, are public property. Thus the chairs can be reorganised, grouped or taken to other locations if necessary – an attribute that is often missed at, for example, fixed park benches.
It is the basic concept to spray the chairs right at the habitat and put them back from the sidewalk to the walls. That way the chairs will be recycled and again take part in urban life.
In addition several chairs were placed at Columbus Cirlce and Union Square in New York City during the opening day of the icff (international contemporary furniture fair, New York City).
The project started in NYC, 2005.

“A few weeks ago i noticed a chair out on the side walk near the intersection of 8th Avenue and West 4th Street and it’s been popping up in different locations throughout the West Village since then. The chair has the words “Public Chair” neatly painted on it and people have been admiring it, enjoying it, sitting on it and even taking pictures. Putting something like this out on the street in New York City is certainly not unusual and the chair itself is nothing special but what is interesting is that people treating this chair differently because it has the words “Public Chair” emblazoned on it and the city sanitation hasn’t trashed it – yet. I would love to know who put it out there and if this is the beginning of a performance furniture movement. So if you are going to throw out any furniture then don’t forget to tag it accordingly.”