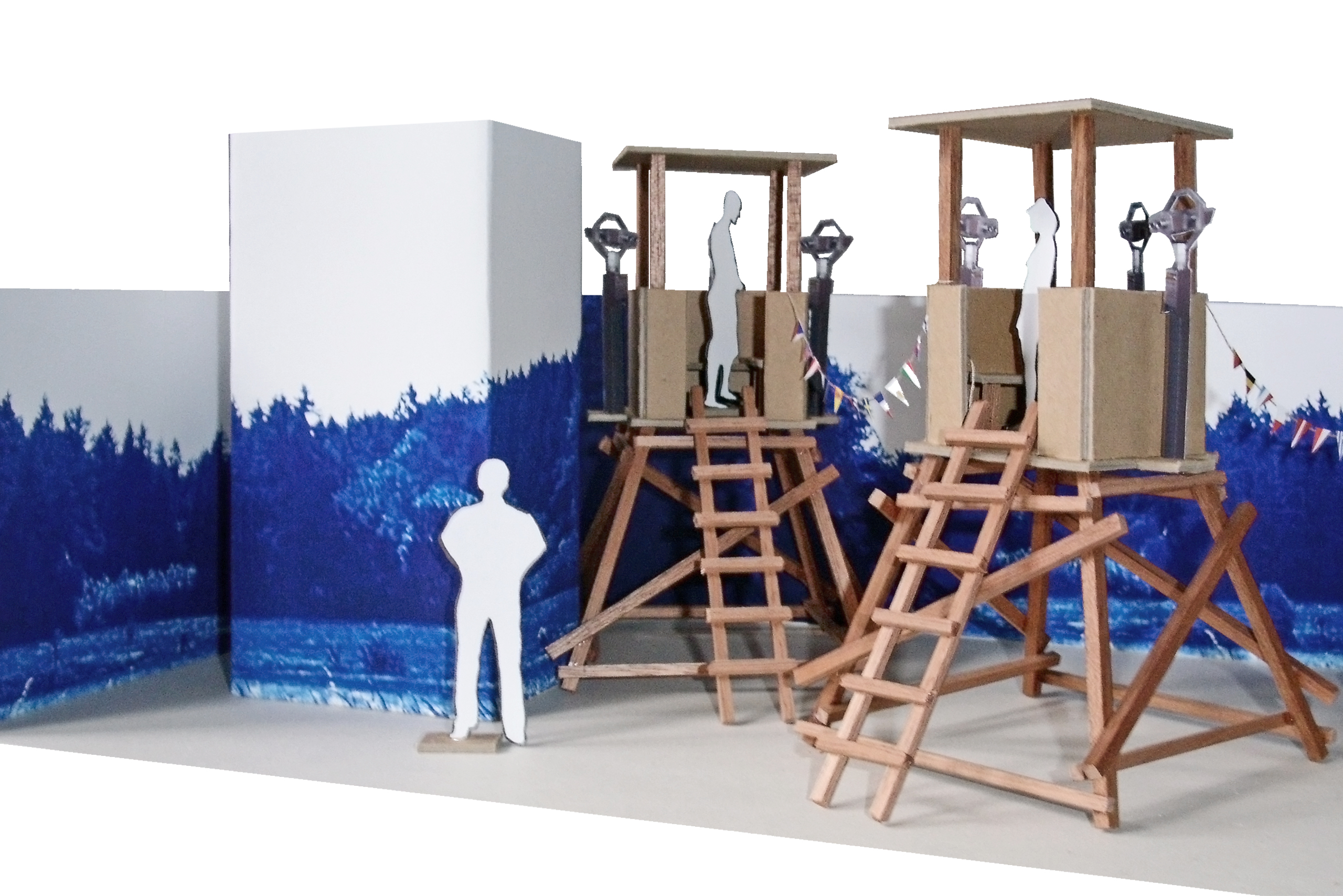 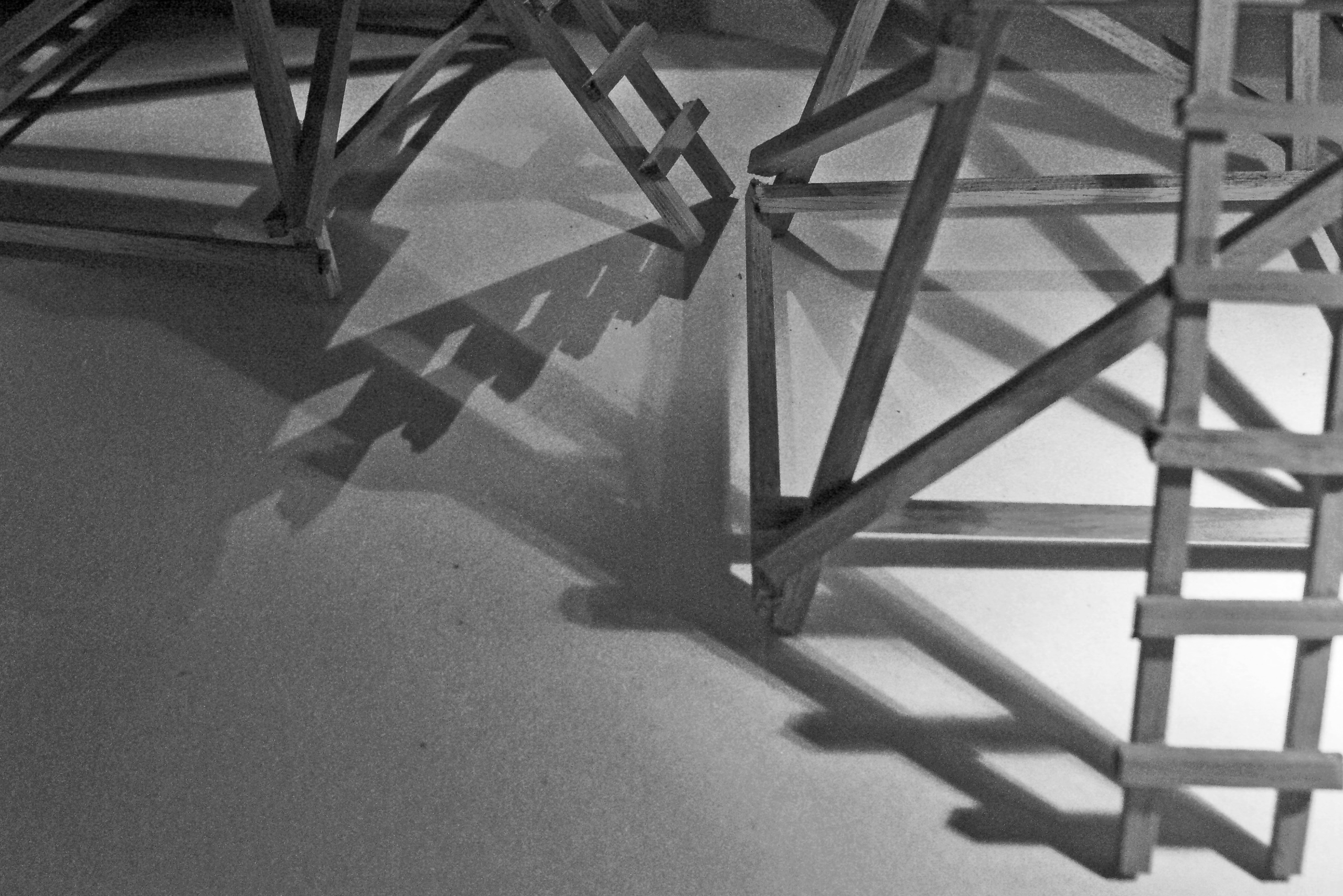 The Messe Frankfurt GmbH asked us to design a lounge area for the international consumer goods show Tendence 2004. Our concept includes two main aspects, the subject of hunt in the figurative sense and the eastern enlargement of the EU (European Union). The stances in the unmanageable thicket of consumer goods are obviously an offsetting item for the hunt alike situation during a fair. The visitor of the fair is actually hunting. He hunts for just a few well done products in a jungle of thousands.

But the situation is not as clear as it seems to be. Who is the hunter and who the prey? Do the goods hunt or chase the visitor or is it really vice versa?
The stances give the visitor a chance to escape from this hunt, reflect it and get new energy for the next turn. But even on top of the stances, the visitor becomes a hunter.

The blue forest symbolizes the (bureaucratic) jungle of the EU. The stances become watchtowers at the western-eastern borderline. Although the countries are officially a unity, there is still a lot of scepticism and distrust. But this is superficial reality. For years the watchtowers are standing in the same forest, for years the shadows of the stances are woven into each other. That means for the single countries that the industry for example already works cross national. This interweavement is shown through the trashy flag garlands.

A special permit enables these observation decks. The usual height of the walls is 2,50 meters. The permit allows you to build up to 4 meters (4,20 meters is the height of the ceiling). So you would have an overview of the whole exhibition hall.

The model shows the stand, which includes two columns of the exhibition hall architectural construction.