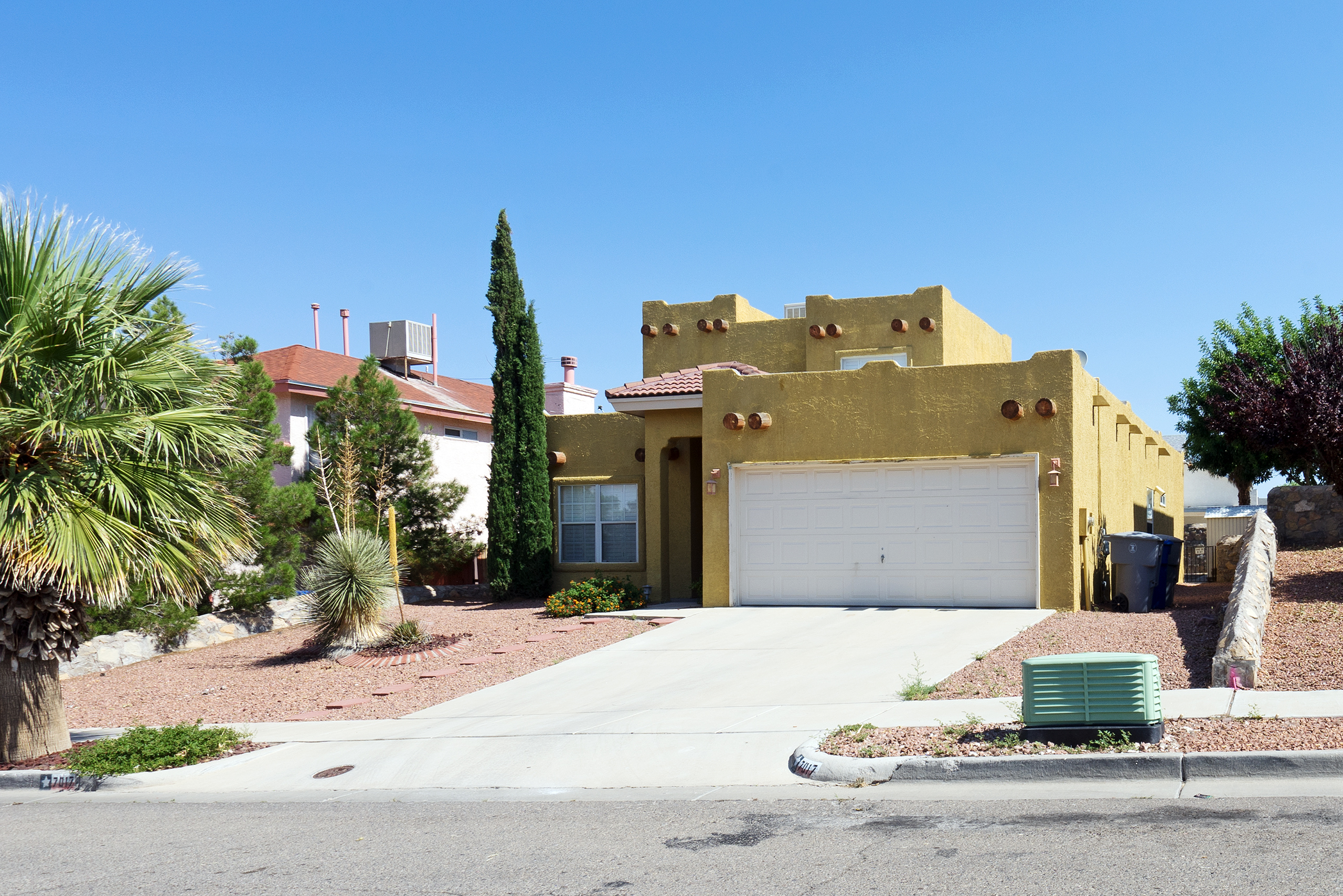 This is a fake adobe structure. The walls are made of concrete and the wooden beams do not support the roof, but are rather just functionless stumps attached on the outside for decorative aspects | Photo: Matthias Ries

Native American cultures from the Southwest traditionally use adobe clay or bricks as the building material of choice. It is very cheap, local and highly temperature efficient in areas with hot days and cold nights; such as the dessert climate of El Paso. During the day, the adobe structures absorb the heat of the sun very slowly and during the night, they continue to transfer the warmth into the building for several hours, thus taking care of a moderate temperature during day and night times.
However, some “modern” buildings just resemble the traditional structures in appearance, yet are made of concrete; a little bit like on a movie set.