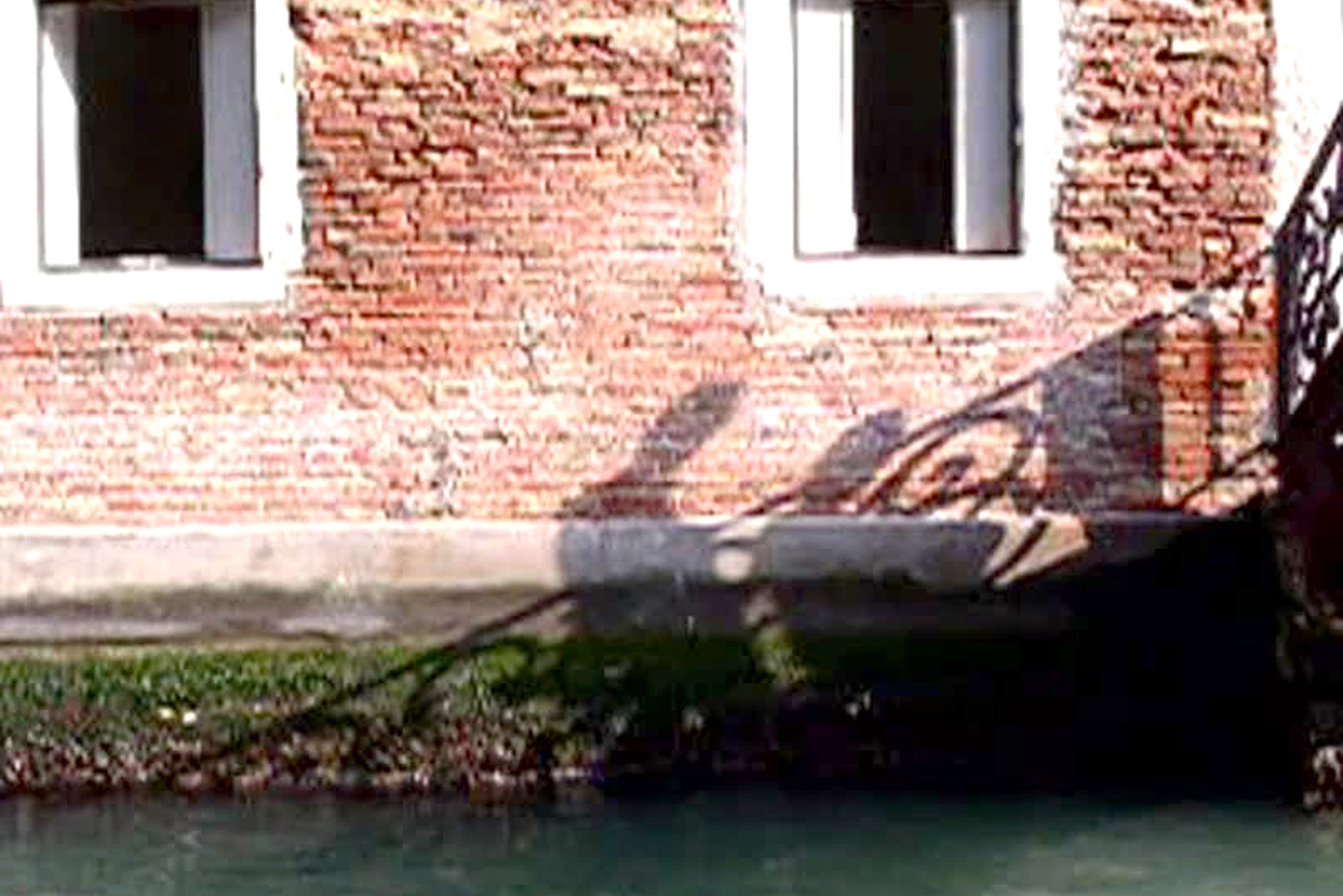 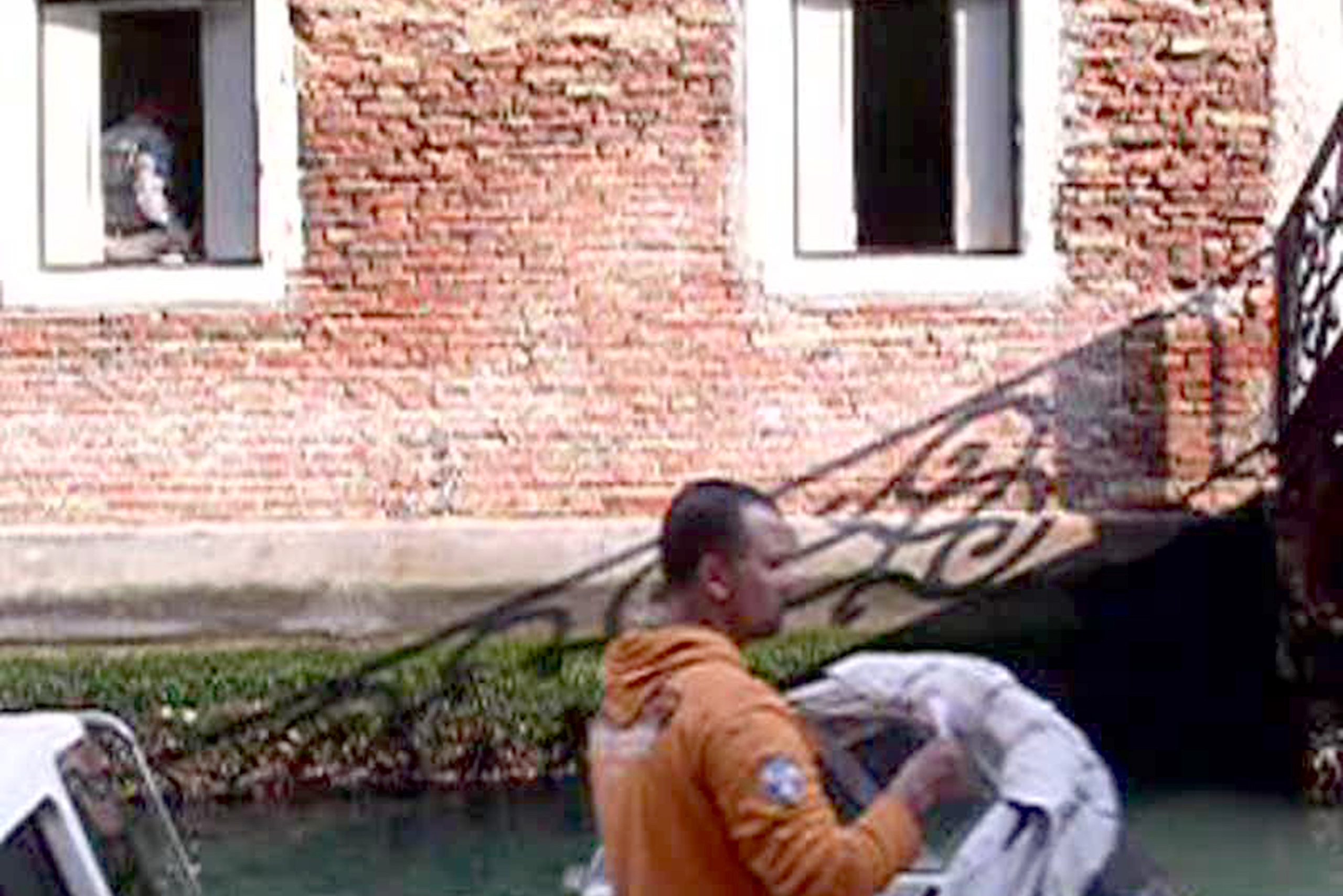 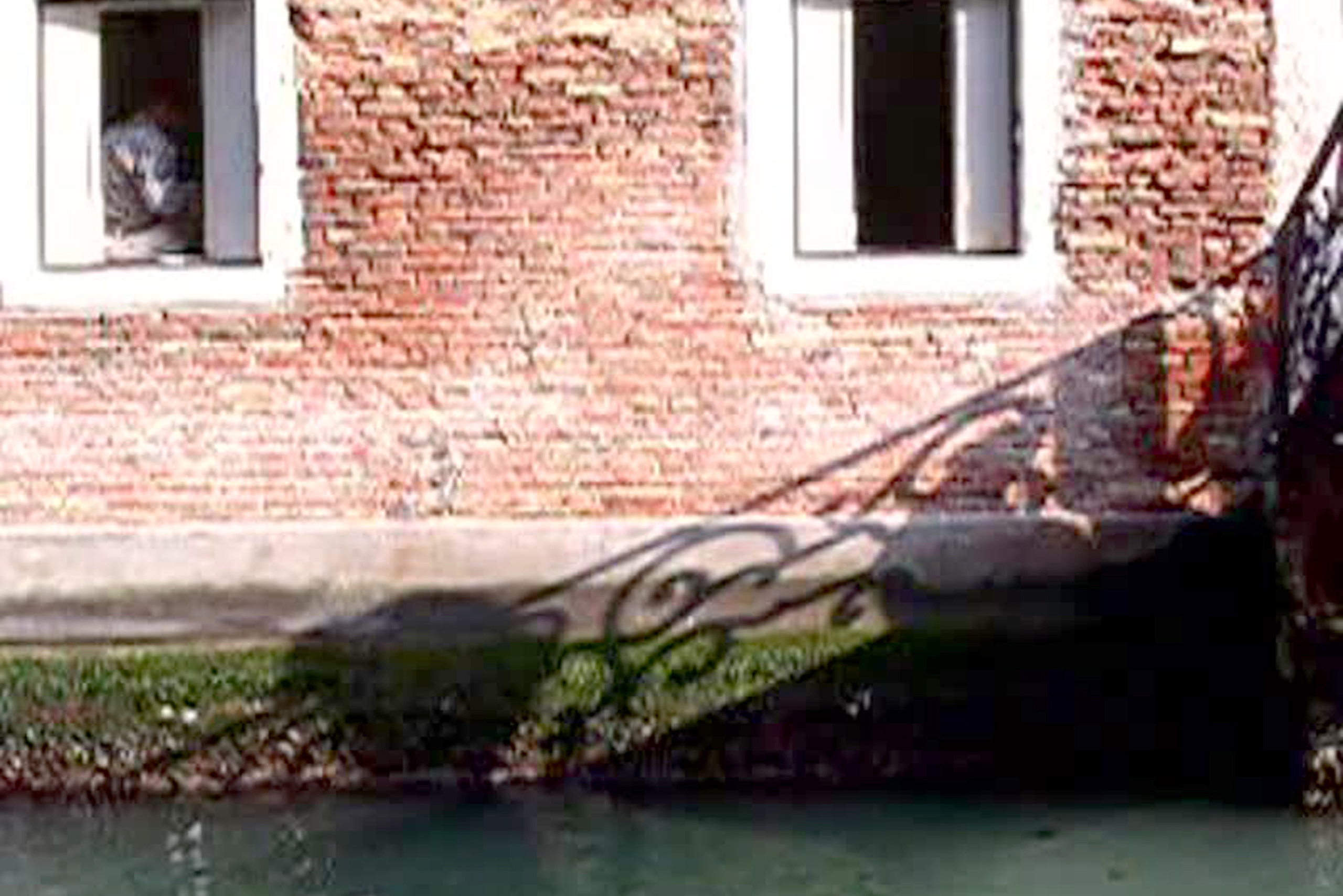 The shadow detached bodies that cross the bridge are still walking among the living and switch with effortlessness between animated and exanimated. Does that portal to the underworld just reveal what usually stays hidden? The underworld seems to be right among us without an exact separation to the world of the living.

It is as if the shadow detaches from the bodies and reveals the true colors of those busy wanderers. the daily schizophrenia, the permanent shift between euphoria and depression that accompanies our society is being revealed at the interface between water and wall.